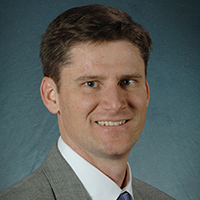 Advisory Board Chair, Internet of Water and Director of the Water Policy Program, Nicholas Institute

Martin was a cofounder of the Internet of Water and chair of the advisory board. He continues to spend a portion of his time on this exciting project. Martin wears many hats and is also the director of the Water Policy Program at the Nicholas Institute for Environmental Policy Solutions and a professor of river science and policy at Duke University’s Nicholas School of the Environment. Martin is also a co-organizer and leader of the annual Aspen-Nicholas Water Forum, which brings together some of the world’s foremost thought leaders each year around the future of water and where the idea for an Internet of Water first originated in 2015.

Martin is a Professor at Duke University focused on the science and policy of rivers and water in the US.  His work ranges from fluid mechanics and sediment transport to infrastructure finance, emerging environmental markets, and federal water policy. Martin has also held several stints in government: in 2015-2016, he moved to the Department of Interior, where he helped establish the Natural Resources Investment Center, an initiative of the Obama Administration to push forward private investment in water infrastructure, enable water marketing, and increase the use of markets and conservation banks for species conservation. Prior to that, in 2009-2010, he was the inaugural Frederick J. Clarke Scholar at the US Army Corps of Engineers. During this time, he was located at the Institute for Water Resources and tasked with assisting the Corps with regulatory policy particularly focused on mitigation banking and jurisdiction of ‘waters of the US.’ He has received a Guggenheim Fellowship, an Early Career Award from the National Science Foundation, and recognized as a Kavli Fellow for the Frontiers of Science from the US National Academy of Sciences.

Martin is passionate about rivers, history, policy, and financing. He even wrote a book weaving together the history of how rivers shaped America and how America has in turn shaped its rivers. Perhaps one day he will write a book about how policies shape data and data shape our polices.