Drought Data Advancements, a Decade in the Making

Download PDF
The beginning of last December marked the end of an era, of sorts, in North Carolina’s recent climate. On the US Drought Monitor map for December 7, 2021, 51.24% of the state was classified as being in Severe Drought (D2). This was the first time that at least half of the state had been in Severe Drought or worse since July 1, 2008.
While droughts made brief appearances over the intervening 13 years, this period was mostly marked by abnormally wet weather, including our wettest year on record in 2018 and our 2nd-wettest year in 2020. Even in fall 2016, when parts of the Appalachians caught fire amid an Exceptional Drought, eastern North Carolina was underwater after record flooding from Hurricane Matthew.

“This was the first time that at least half of the state had been in Severe Drought or worse since July 1, 2008.”

A lot has changed in the world of drought monitoring in the 13 years since our last widespread severe drought, especially the data we use and how we visualize and share it. North Carolina’s current drought has made the power of those advancements clear.

One thing that hasn’t changed, at least in North Carolina, is who is doing that monitoring work. Per a legislative statute passed in the wake of the 1999-2002 drought, the NC Drought Management Advisory Council (DMAC) is responsible for tracking conditions across the state and issuing state-level drought advisories. In 2008, the DMAC’s role and membership were further codified following the state’s drought of record.

DMAC contributors are technical experts in fields related to drought and drought management who can offer context about current conditions and insights about impacts. Members include state agencies and organizations such as the Division of Water Resources, NC Forest Service, Cooperative Extension, and the State Climate Office; reservoir operators such as the US Army Corps of Engineers and Duke Energy; and federal agencies such as the US Geological Survey and the National Weather Service.

That variety of input informs a comprehensive assessment of conditions, fitting with the US Drought Monitor’s convergence of evidence approach. For example, seasonal precipitation totals last fall were less than 25% of the normal amount in some areas, which was consistent with streamflows below the historical 25th percentile. Sectoral impacts such as wildfire activity and depleted topsoil moisture further confirmed the presence of drought in parts of the state.

Figure 1. US Drought Monitor maps for fall 2021.
For nearly two decades, the DMAC has held a weekly virtual meeting, long before virtual meetings became the work trend of 2020. These meetings allow DMAC contributors from different sectors to share information and work collaboratively to define drought conditions across the state. Over that time, North Carolina’s detailed drought monitoring process has been regarded as a model for other states by US Drought Monitor authors.

That’s where we find the first big change since 2008: better collaboration with our neighbors. We know drought doesn’t stop at state lines, so having experts across our borders helps us paint the most accurate picture of drought. Our discussions have evolved to include hydrologists from local National Weather Service offices in the Carolinas and Virginia, and the state climate offices in South Carolina and Tennessee.

Along with providing a consistent voice for our region to the US Drought Monitor, this collaboration has the added bonus of keeping us aware of emerging droughts in surrounding states so we’re better prepared for worsening conditions in our own state. Late last summer, parts of the southern Piedmont and Sandhills in North Carolina were among the first areas to dry out, and knowing how conditions were evolving in South Carolina helped us connect the dots in a coordinated effort as drought conditions expanded.

The data we look at each week has also evolved over time, and one of the biggest changes has been the increasing resolution of precipitation data. When the US Drought Monitor was established in 1999, its early maps typically relied on a single drought indicator – the Palmer Drought Severity Index. This index data was available at a fairly coarse resolution, either aggregated over multi-county climate divisions or interpolated between weather station estimates.

The past 13 years have seen the development of high-resolution gridded precipitation datasets and drought indices built on multi-sensor precipitation estimates or radar-estimated precipitation totals calibrated using surface-based rain gauges. At a roughly 4-kilometer resolution, this dataset can show locally heavy rain from showers or thunderstorms that surface rain gauges may miss. It can also help us identify the driest areas during already dry times, such as parts of the northern Piedmont that received less than a tenth of an inch of rain last November. 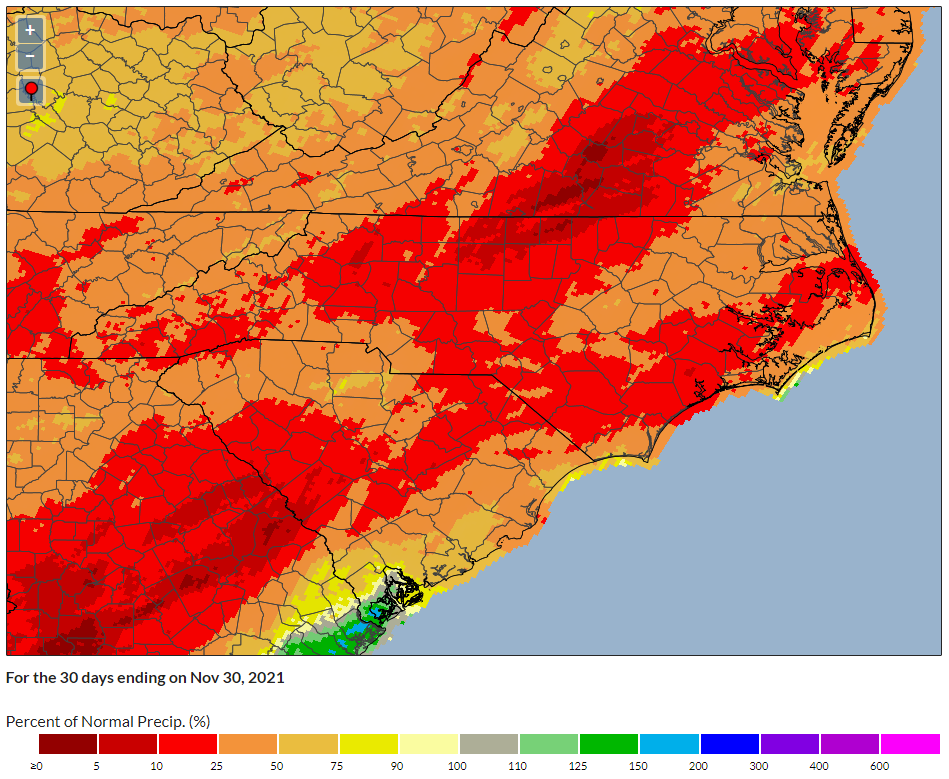 Figure 2. November 2021 Precipitation Map.
When monitoring drought conditions, it also helps to have a way to easily visualize this gridded data. Nearly a decade ago, the State Climate Office of North Carolina developed a tool to visualize gridded precipitation and drought indices within a single interface. This was updated and expanded in 2015 as part of an Integrated Water Portal, which included the ability to overlay surface observations of variables such as streamflow and groundwater.

These tools have been invaluable assets for drought monitoring, both in North Carolina and in other states. With that utility in mind, the next iteration of this tool is on the horizon. It will be hosted by the Southern Regional Climate Center, which is in the process of revamping the Integrated Water Portal and updating its underlying datasets.

As researchers have learned more about the impacts of drought on our landscape and ecosystems, we have also developed and added new datasets to our monitoring portfolio. Among those is a procedure for monitoring organic soil moisture, the need for which emerged directly from the 2008 drought. That spring and summer, several large and long-lived wildfires scorched parts of eastern North Carolina, consuming not only dry plants and leaf litter but also the soils themselves in some parts of the Coastal Plain. These peat-like organic soils are found in low-lying areas that typically remain saturated, but during droughts, the waning water table helps them dry out and fuel ongoing wildfires.

At the State Climate Office, we recently wrapped up an experimental monitoring project at four sites with organic soils, including the Pocosin Lakes National Wildlife Refuge – the location of the 40,000-acre Evans Road fire in 2008. This project revealed some of the challenges with maintaining these sites – such as inconsistent communications with remote parts of the coast and interference from curious wildlife like black bears – but also highlighted the value of the data these sites can provide. Organic soil monitoring at these sites allowed us to examine emerging dryness with depth, from 2 centimeters to a full meter beneath the ground. 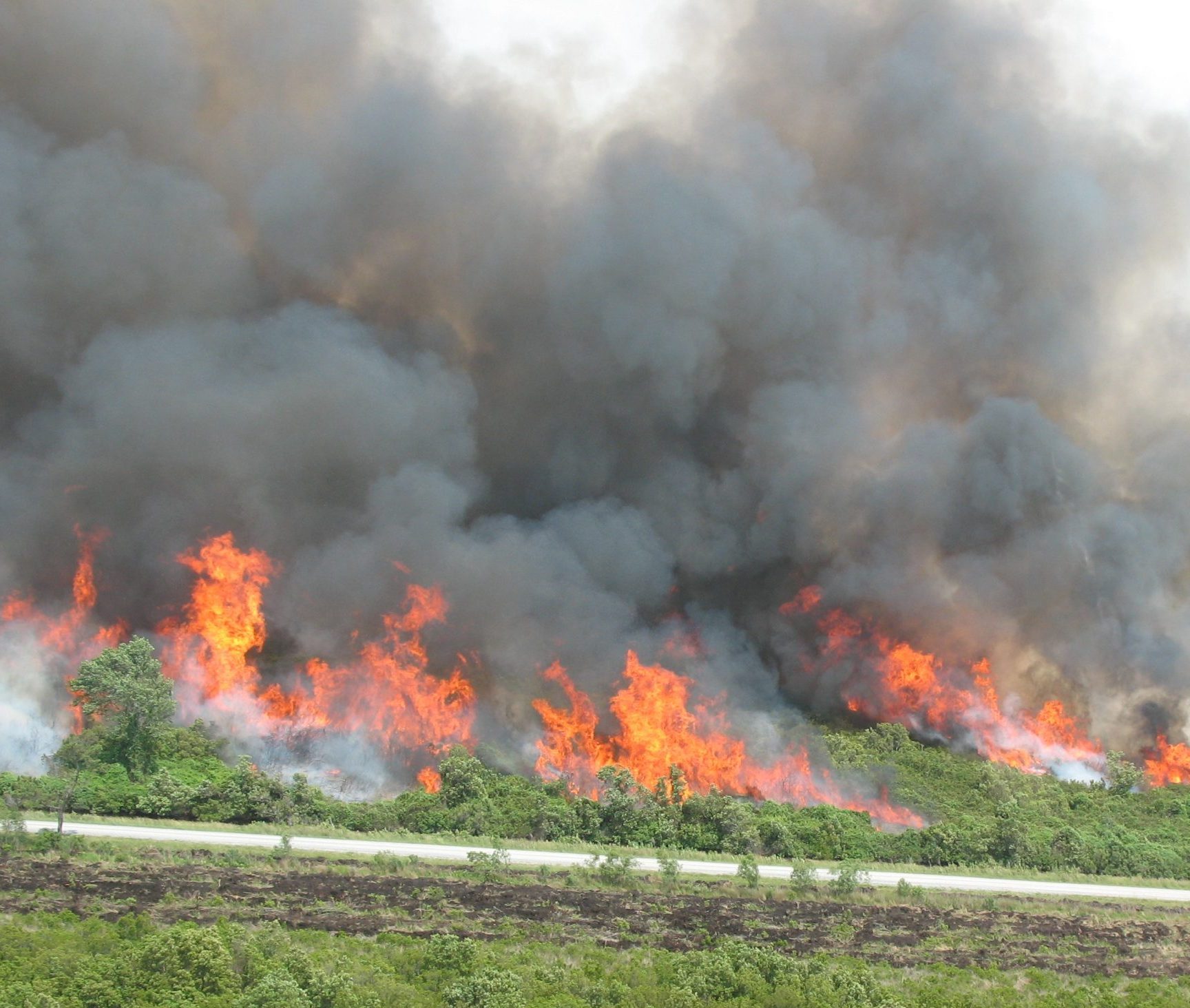 2008 Evans Road Rire in North Carolina, US Fish and Wildlife Service
Using this model for multi-depth soil moisture measurements, the NC Forest Service recently installed its own monitoring station at the Dare Bomb Range. As Severe Drought emerged late last year, data from that station indicated soils were ready to burn up to 20 centimeters deep. This has rightfully caused concerns that a dry end to the winter could help kindle an active spring fire season. Having this information now will help the state to prepare for the upcoming fire season. 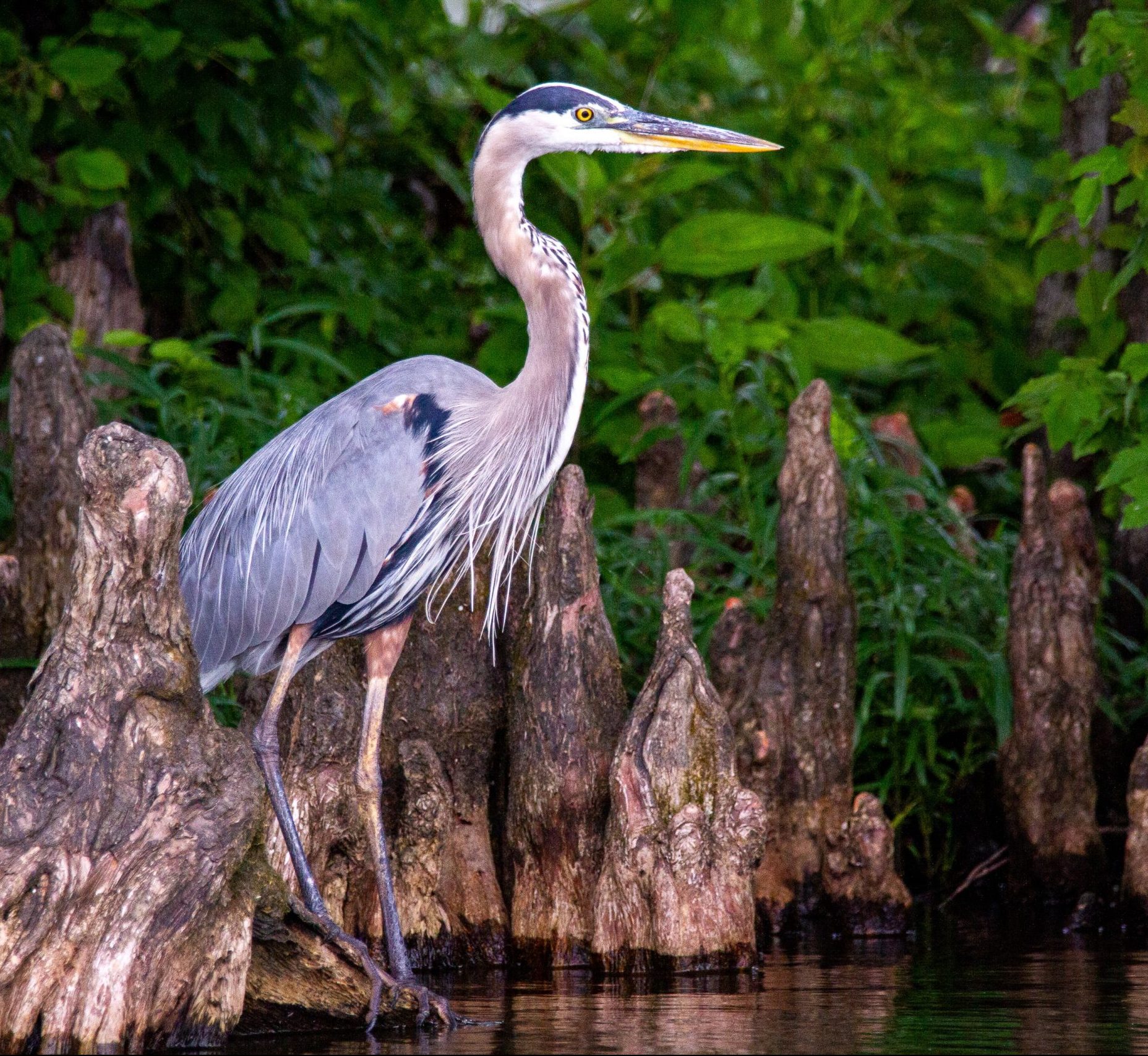 Joshua J Cotten on Unsplash
Drought also impacts our waterways, and in more ways than just depleting lake, stream, and groundwater levels. When upstream rainfall is reduced, salty water from oceans and estuaries can back up into rivers, affecting both local water quality and the habitats of freshwater species. It turns out that observed salinity levels can also help us monitor drought severity.

Beginning in 2012, researchers at the USGS South Atlantic Water Science Center developed the Coastal Salinity Index, which places the observed salinity content of coastal waterways into a quantitative historical context, consistent with the US Drought Monitor’s percentile-based classification scheme.

Early last December, the Roanoke River gauge near Plymouth, NC, showed salinity levels below the 10th percentile, or the equivalent of Severe Drought (D2). This observation, combined with precipitation datasets and other known impacts, ultimately helped justify the introduction and expansion of the Severe Drought classification across eastern North Carolina.

Usable drought impact information doesn’t always come from advanced instrumentation, though. Some of the most detailed drought impact reports we receive come from average citizens! CoCoRaHS, a national network of volunteer precipitation observers, includes a condition monitoring component that encourages observers to submit a summary of abnormally wet or dry conditions in their backyard or the nearby environment. After piloting this program in the Carolinas beginning in 2012, it was opened for observers nationally in 2016.

We review these reports on the DMAC calls, and they help validate our precipitation and drought indices by illustrating on-the-ground impacts and week-to-week degradation or improvement. For example, a report from southern Wake County in early December described conditions that supported the introduction of Moderate Drought (D1) in that area:

The lack of rain is clearly evident – streams are dry and ponds are shrinking. There is very little water flow downstream from the pond behind our house. The ground is very dry. Leaves are continuing to fall and leaf blowers are stirring up clouds of dust as the leaves are being sent to the curb for pickup.
Along with CoCoRaHS, several other citizen science opportunities for drought monitoring have emerged in the past 13 years, including Condition Monitoring Observer Reports (CMOR) and the Drought Impact Reporter. Each of these programs serves as a resource with useful local insights about drought conditions and their impacts.

During past droughts, we’ve learned a lot about the difficulties and shortcomings of sharing drought information, and we’re making improvements to drought communications based on the findings of a recent stakeholder engagement effort. From 2018 through 2020, the State Climate Office and the Carolinas Integrated Sciences and Assessments partnered on a NOAA-funded project aimed at evaluating and refining drought communications with decision-makers in the agriculture, forestry, and water resources sectors.

A key finding was that drought status information, including the US Drought Monitor, is not often considered transparent. Through systematic feedback with project stakeholders, we developed and continue to create drought update infographics to highlight weekly changes to the state drought map and the impacts being observed. These graphics are shared on the DMAC website, on our State Climate Office Twitter account, and via an email listserv. 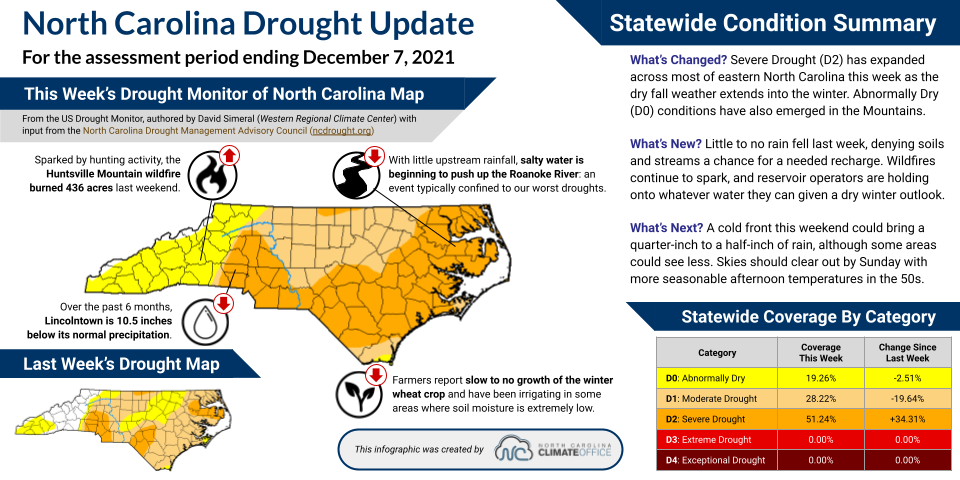 Figure 3. Drought Update Infographic for December 2021
Another project finding was that decision-makers use weather forecasts to plan ahead especially in times of drought, such as for crop planting, wildfire resource allocation, and reservoir management. However, forecasts for the next 1 to 4 weeks are not always available or easily understood. To address this need, we are developing monthly short-range outlooks, now supported by the NC Forest Service. These highlight weekly weather patterns, their likely effects on our temperatures and precipitation in North Carolina, and a measure of forecast confidence.

Evaluations conducted toward the end of our project revealed that stakeholders were using our drought and weather updates to maintain situational awareness, inform colleagues and constituents about evolving conditions, and assist with their own planning during times of drought.

The availability of weather and drought information has become even more important during our recent dry spell. By applying the lessons learned from past droughts and turning those insights into usable datasets and monitoring resources, we have greatly improved the state’s ability to track drought conditions. As a result, we are better prepared to manage the current drought conditions than we were when the last major drought hit the state in 2008.

While statewide droughts haven’t been common in recent years, drought research has been ongoing. Those advancements helped us to anticipate, monitor, and prepare for the current drought event as it developed. During the wet years, it can be difficult to devote valuable resources toward drought research, but those investments are paying off now. The foresight of the DMAC, along with the dedication of researchers and community science contributors, has allowed us to continue to improve our drought monitoring capacity and to be better prepared for new climate conditions as they arise. 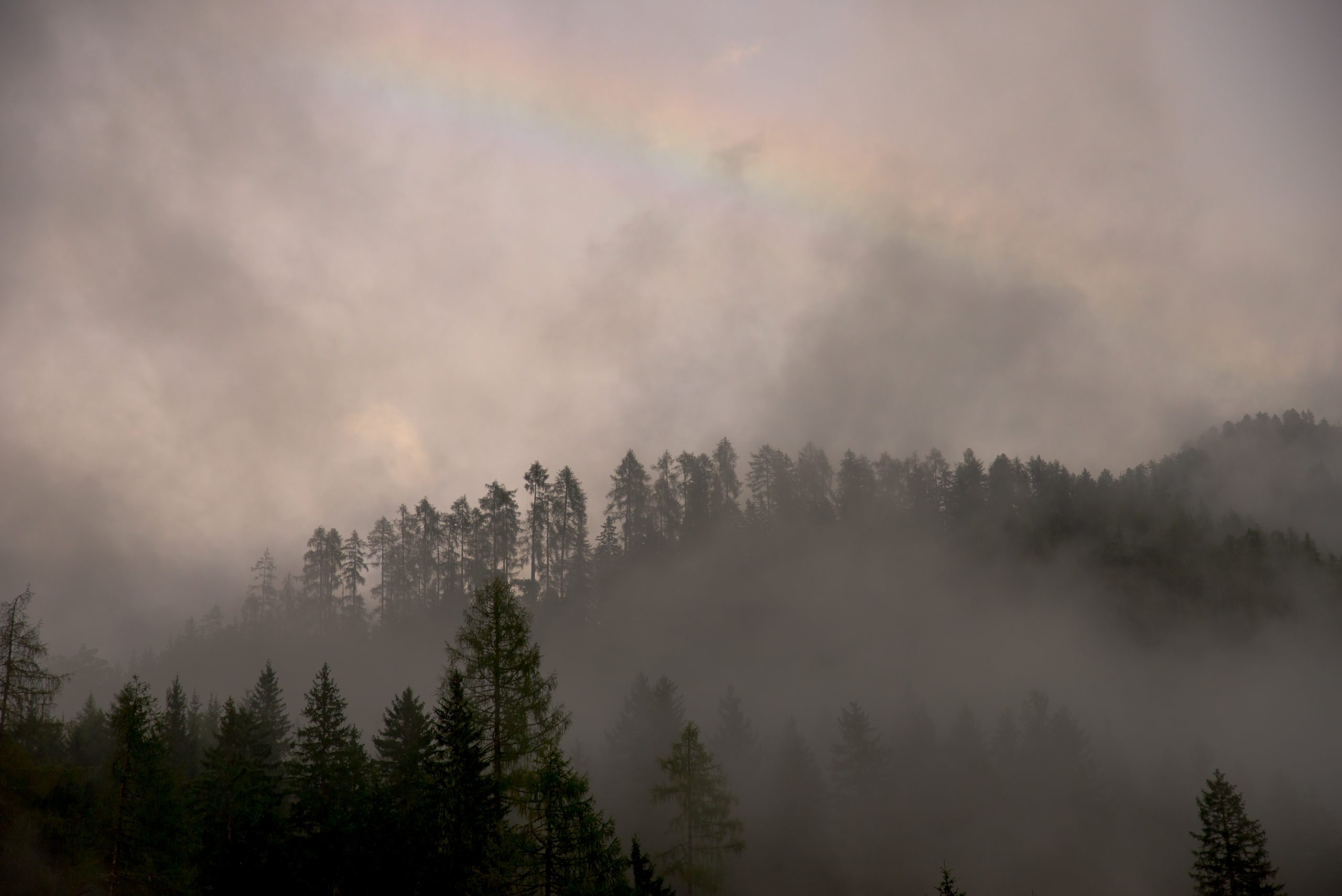