The History, Key Players, and Next Directions

Over the past few decades, the Western United States has been experiencing unprecedented droughts while its population has continued to grow. This has put pressure on the West’s water management systems and increased the need for water data analyses across regions and multi-state river basins to inform regional planning.

Federal agencies such as the U.S. Geological Survey (USGS), Bureau of Reclamation, and Environmental Protection Agency (EPA) offer a broad range of data services for a variety of water sources.  However, the states themselves allocate and administer rights to water use in the West and are therefore in the best position to provide such data. Each state manages these data separately and distinctly, making regional analysis to inform planning cumbersome.

“The WaDE Program is committed to assisting WSWC member states in publicly sharing water rights, allocation, supply, and use data through a common streamlined and standardized service that enables regional analyses to inform water resources planning and policies.”

WSWC and the Formation of WaDE

The Western States Water Council (WSWC) is a government entity comprised of representatives appointed by eighteen governors (i.e., Alaska, Arizona, California, Colorado, Idaho, Kansas, Montana, Nebraska, Nevada, New Mexico, North Dakota, Oklahoma, Oregon, South Dakota, Texas, Utah, Washington, and Wyoming).  Its mission is to advise western governors on policies and programs designed to ensure that the West has an adequate, secure, and sustainable supply of water of suitable quality to meet its diverse economic and environmental needs now and in the future.

With ever-greater demands on the West’s limited water resources, further complicated by a complex overlay of state and federal laws and regulations, cooperative efforts and data exchanges among the Western States have become increasingly important. In response, the Western States Water Council (WSWC) launched the Water Data Exchange (WaDE) Program in 2011. WaDE’s mission is to assist WSWC member states in publicly sharing water rights, allocation, supply, and use data through a common streamlined and standardized service that enables both state and regional analyses to inform water resources planning and policies. WSWC member states are located west of the 100th Meridian, which coincides with a climate divide between the relatively wet Eastern U.S. and the more arid West. Generally, these western states also share a common water rights system called the Prior Appropriation Doctrine.

The WSWC has long-supported water data programs at federal and state levels by advocating for increased funding for essential water science and monitoring programs and encouraging greater data-sharing and transparency among its members. By launching WaDE, the WSWC helped the Western States take the next step towards shared and integrated water rights and use data. WaDE began as a cooperative effort between the WSWC and the Sandia National Lab in New Mexico. It was supported by the Western Governors Association (WGA) with funding from the Department of Energy made available under the American Recovery and Reinvestment Act (ARRA) of 2008.

WaDE 1.0’s architecture was designed by Dwane Young of the Environmental Protection Agency (EPA) while he was serving in the WSWC offices as the liaison for the Western States Federal Agency Support Team (WestFAST), now comprised of representatives from twelve federal agencies. Dwane is now the Chief of the Water Data Integration Branch at EPA’s Office of Water. Sara Larsen was the first WaDE Program Manager and led its creation and development from January 2012 to June 2019. Larsen is now the Deputy Director/Chief Engineer of the Upper Colorado River Commission.

Sara worked tirelessly with WSWC states to design a common data schema that works for the different data structures and metadata that the states have for water rights and water use data. Sara and Dwane adopted a distributed WaDE data system where each state hosts an independent copy of the WaDE database where they populate their respective state data. A central metadata catalog then directed users to each state’s data in a consistent manner. The initial concept and creation phase that Sara led (Figure 1) established working relationships with state agencies and created data sharing protocols while building and populating a collaborative data management system. These two early leaders helped build the reliable data architecture and strong community support that has allowed the WaDE Program to continue to evolve and expand to meet the needs of its stakeholders.

In the past 10 years, open data sharing policies have emerged, technology has become easier to use, and data standards have matured. The WaDE team decided to adapt to these changes and overcome update-related challenges by developing a centralized cloud-based database platform to streamline access to water rights and water use data through standardized, machine-readable formats. This more accessible data system enables users to answer state and regional questions about water availability, scarcity, and resilience in a consistent way.

In this second phase (2019-2021), WaDE created a template for transforming disparate state water-related data systems into a functional regional cloud-based data system with standards and metadata. During this phase, WaDE has become one of the major data hubs of the Internet of Water. In addition, the WaDE Program developed a metadata dictionary with controlled vocabularies that have become the standard method for sharing state-agency water use data between WaDE and the USGS Water Use Data Research (WUDR) Program.

The goal is to share these datasets from as many states as possible. Some states do not produce one or many of these data types or do not have such data publicly available yet. Over the last decade, the WSWC has worked to build trust across the West to encourage greater transparency and data sharing among states. As of February 2022, all WSWC member states are participating in the WaDE Program to some degree, a momentous step toward better water management in the West.

The WSWC is now working towards the third phase of the WaDE Program’s development (Figure 1). As part of this phase, the team is developing the Western Water Data Access and Analysis Tool (WestDAAT). WestDAAT is an online operational decision support and planning dashboard that will make the data acquired through the WaDE Program easier to access and use. While a prototype has been built, its final operational functions will be driven by an in-depth stakeholder engagement process, which is underway.

We conceived the WestDAAT design and concept with the goal of providing a user-friendly way for a variety of stakeholders to access water data and conduct regional analysis. This dashboard will help users answer key water management questions, such as: 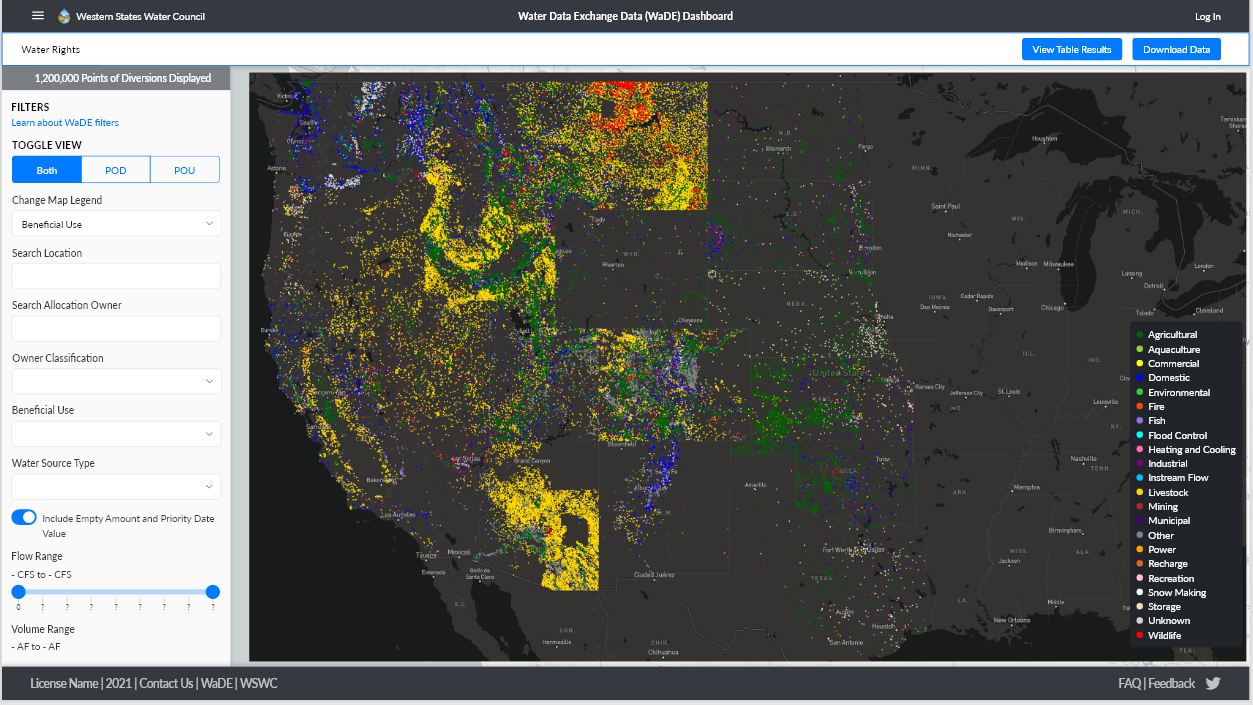 Figure 2: Preview of WestDAAT displaying point of diversions for water rights data already imported to WaDE. Color refers to Beneficial Use (yellow for livestock). Wyoming’s data in WaDE include a small portion of their water rights. New Mexico and Texas data are incomplete. Currently, WaDE does not have data for Native American Reservations such as for the Navajo Nation.

The WaDE team has identified six distinct personas as the primary users of WestDAAT:

Each of these user personas has a different role in managing or understanding water resources and helps the WaDE team to better understand how users acquire and employ water-related data. User outreach will provide meaningful use cases for the further design and development of WaDE. Additional details on the six personas and their context, needs, and use cases are available on the WaDE webpage.

In addition to user persona development, the WSWC held a workshop concurrent with the Colorado River Water Users Association’s (CRWUA) 2021 Annual Meeting that served as a pre-design opportunity for engagement for WestDAAT design. The workshop’s goals were twofold: (1) closely familiarize and engage participants with the prototyped dashboard, which provides access to water rights and aggregate water use data for eighteen western states; and (2) solicit feedback on usability and functions that would help participants address their specific questions and challenges in the Colorado River Basin and the West in general. Lessons learned from this workshop have been compiled in a report and will inform the final dashboard design, which will be completed by Fall 2022. 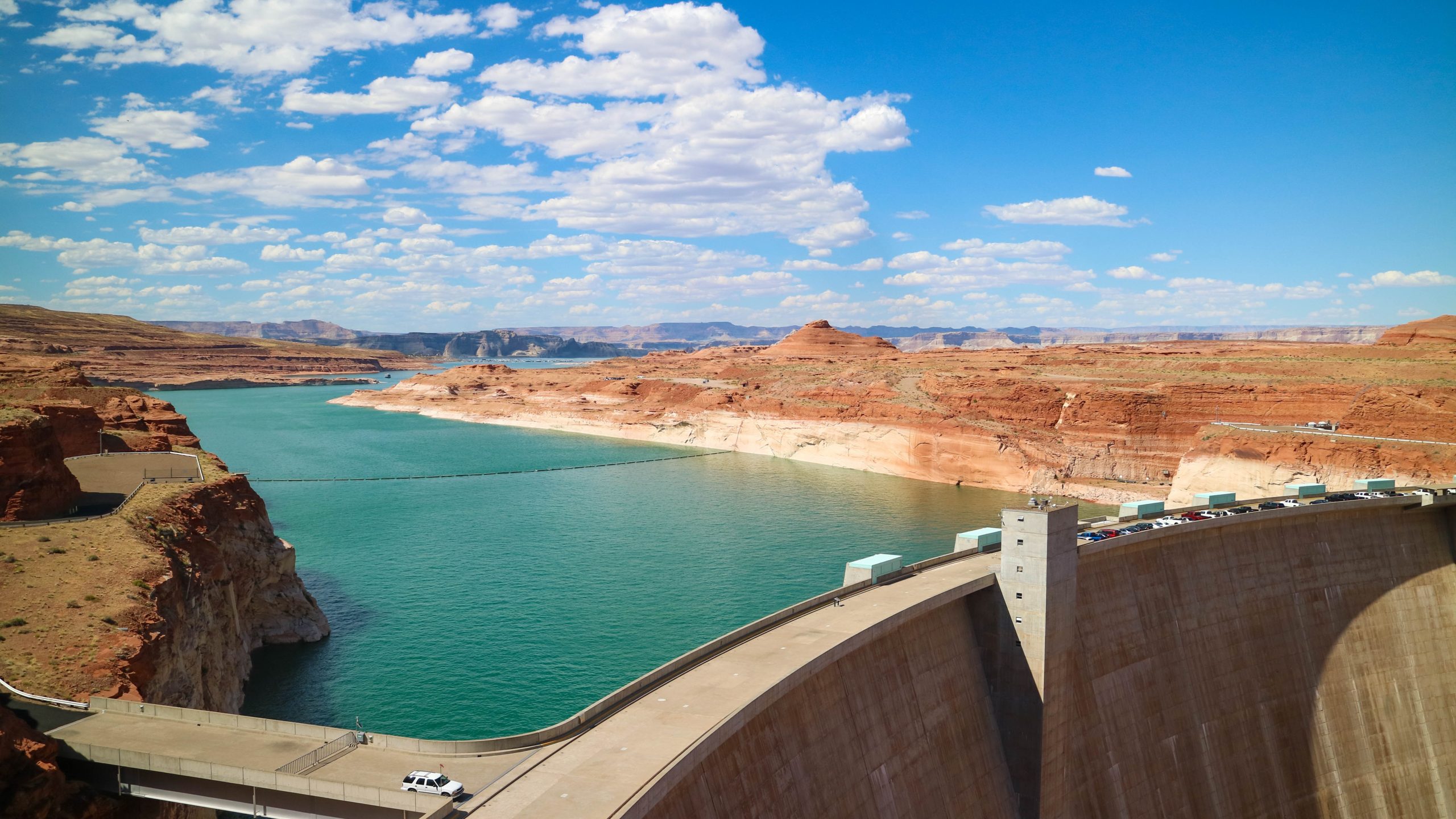 We anticipate WestDAAT will enable states and federal agencies to more efficiently accomplish a variety of water management and policy objectives, including using the tool to:

WestDAAT will transform water data sharing and improve water management in the West through its simple user interface and ability to provide access to disparate water data across state boundaries. Our goal at the WSWC is to make water rights and water use information more findable, accessible, interoperable, and reusable (FAIR). This will lead to more innovative, efficient, and climate-resilient applications and diverse market-based solutions to water scarcity.

The WaDE Program would not be possible without the support of its participating member states who have generously shared their data and committed staff time and resources to the Program. Throughout its development the WaDE Program has received support from the Department of Energy, the EPA Exchange Network, the Cynthia and George Mitchell Foundation, the Water Funders Coalition, and the Gordon and Betty Moore Foundation. The Program has also recently received an Applied Science WaterSMART Grant from the Bureau of Reclamation.

With the continuous support of the 18 Western States’ Governors, natural resource agency directors, state engineers, and their staff, the WaDE Program is celebrating its 10th anniversary and has entered an exciting third phase. WestDAAT is expected to have its first initial launch by the Fall of 2022. We invite users interested in providing input on WestDAAT to reach out to the WaDE Program Manager, Adel Abdallah. For more information about WaDE, please visit the WaDE webpage. 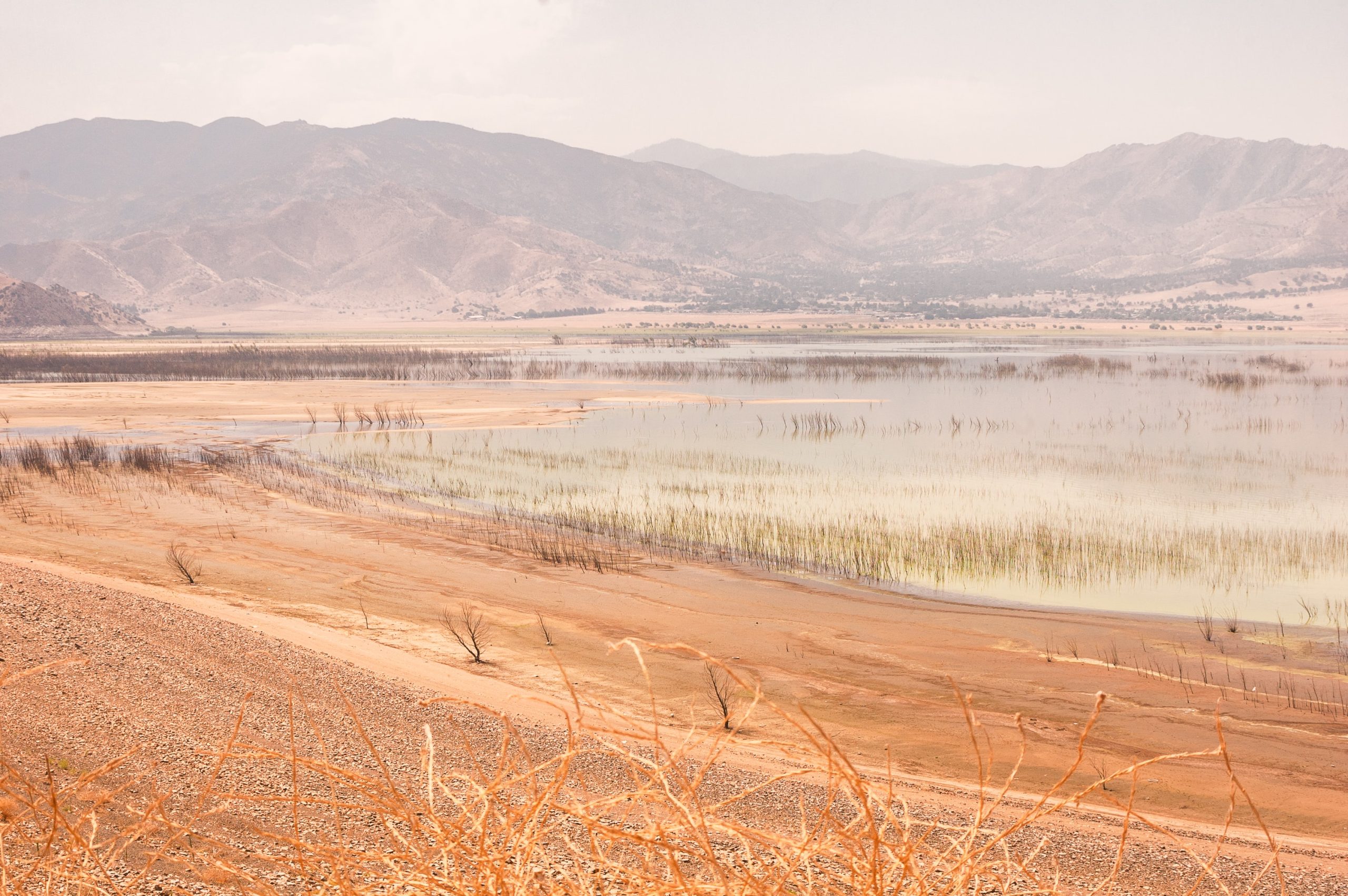